Hardly surprising. We had last seen him over three years ago when he went to war, and my sister and I had long since been absorbed into a different way of life without him.

Our Mother had taken us to Essex when war was declared. But, like many others, we returned to London during the false dawn of the 'Blitz'. Fortunately, our parents guessed correctly, and my sister Sheila, and I were soon on a train to Devon. Many who stayed were caught in the early bombing raids, and were not given a second choice.

I do not remember that train journey to Okehampton, Devon. As a five-year old the experience must have been new but not noteworthy. I do, however, recall with absolute clarity getting off the coach that had taken us from the station to the village of Northlew. We stood apart from others, shy and frightened - with a note on our lapels, 'not to be separated under any circumstances.'  I believe that I tried to act the elder brother - without much inner conviction!

To be fair, there was just as much fear and apprehension for those on whom we were to be billeted. These were very much people of the country with experiences which had rarely extended beyond the local town on market day. We might just as well have been from another planet (although, I don't think planets had been invented at that time!) - we dressed differently, we spoke an unknown dialect and we certainly appeared to need fattening up!

To take one child would have tested the temperature of the water with the big toe; to take two invited drowning. However, an elderly couple took the plunge and walked us to their home. I mean 'walked' because in those days there were no school runs - there were no cars. Even if there had been, then petrol was very much at a premium - scarce, not grade! We grew up to love this couple. We called them 'Auntie and Uncle council house'. Within a few months their son and daughter-in-law took over and we lived with them for the next three years.

For most of that time we had no running water except that which was hand pumped; no light other than that from a candle or paraffin lamp; a 'thunder-box' at the bottom of the garden; no hot water other than that boiled on the range; and definitely no mobile phones!  We were blissfully happy. Uncle Frank (the son) was a rabbit trapper so there was plenty of meat, the forty acres small holding provided milk and eggs and vegetables. Bartering filled in any gaps. Best of all, our Mother had joined us within a short time. This was against the rules but was allowed when she became a rabbit trappers assistant.

Imagine then our re-wakened fears when this stranger was introduced to us as our Father. I recall the rather stilted exhibition of affection on both sides - absence does not always make the heart grow fonder; it can often dull the senses. He must have worried how best to bridge the gap of separation and had brought some small presents as a peace offering. I remember only the boleros. I later wondered how it could be that this stranger, who had been taken prisoner at Arnhem and spent nine months in Germany at Stalag XIB, had obtained them. Then I remembered that he had won his Military Medal in Italy some time before. He had intended to survive to bring them back to us.

We moved back together and became a family again. I got to know him better, but not as well as I might have when it became too late. He 'jumped'; I became a pilot - which meant we could have shared experiences in the clouds. He had been a jockey in his youth; I later had my own horse. I was beginning to appreciate that this man that I had thought untutored had had the world as his experience - and that was 'learning' every bit as valuable as mine. I was forty-one when he died - in the week that he was due to retire.

Dad, is it too late to tell,
You did do well?

Then War tore family apart.
Fighting and killing in far off
places. Nightmares tormented
sleepless nights, before the relief of dawn.
Medal for bravery could not
replace dead comrades, nor give you
peace. Armistice would bring you what?

No preference for heroes.
Bombs blitzed previous gains.
Nothing left. Family grows.
Work too hard for cab hire.
Tried shop, hospital porter. Pensioned.
To find that the pressure had been
too great. Death, retirement brought.

He had no formal learning, but life itself.
My college taught me no better.
Too late to say how your strife
gave me a future for my life.
Did as you saw his duty.
No debts: no hurt: kind.
His family never wanted.

Dad, you DID do well.
NOW time to tell.

A LAMENT FOR LOST LOVE

A LAMENT FOR LOST LOVE

He lay on the bed beside her; her breath was soft and sweet.
The smile on her face as she slept, showed acceptance.
Quietly, he began to weep. Then the tears poured out.

He remembered the love and joy of the good times.
Embraced the pain of her dying years.
He could not have had it otherwise. Except to have told her,
more often, that he loved her.

He didn't know if they would meet again in another world.
It would be nice, but wasn't important.
All that mattered was that they HAD been together. And
were together now.

No need for more tears. At peace with herself. She died.

Mary, I say in sorrow, you are no more. I also say in gladness
that YOU WERE. 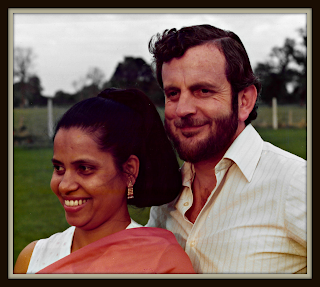 As well as hearing a lot on Radio 4 about the evacuees of the
Second World War, I thought I'd send this lovely poem
written by an evacuee to my friends: who I met on a train
during the war when I was in The Women's Royal Naval
Service. They invited me to visit them in Devon. Which I did
and we became great friends.

Alex, the author of the poem, kept in contact and returned
often to Devon to visit the people who looked after them. He
and his sister, and their mother were evacuated from London
when he was 5 and she was 4.

Win and Frank were only down to take one child, which was
compulsory - but they would not part brother and sister so
took them both.

You took me in, a stranger
And loved me as your own.
Thank you.

De-bus, queue for billeting.
You chose me; lost and frightened.
Have faith.

Time soon passed; to return home.
Matured the boy to the young man.
Go forth.

Exhorted, nurtured. I learnt
To try beyond any doubt.
Well done.

You took me in, a stranger.
I left you as your son.
Bless you.

She: Not if it's one of those red hot jobs at Veerasamys. You
knot i go for taste not torture.

He: Okay! Leave it for now. Ring you when i get back. Bye.

He: Diana, it's Mark. Just back from Pakistan. Busy, but
managed to polish off some vicious vindaloos. Strange, on
the last night, the manager asked me if i had been to his
nephew's restaurant in Manchester; Veerasamys.

She: I've been to Goa. Wonderful beaches and deliciously
flavoured curries. Odd, the waiter told me to try his brother's
place; Veerasamys, in Manchester.

Together: Meet you there in half-an-hour.

Moral: Never let a good curry come between you.

Don't dictate good to be gay.
Let others posture their way.
Don't spin Europe Remain
for fear of isolation.
No more change for more of the same.
I just want to be British.
BLAST YOU

No divorce with devolution:
Nor prostitute with Nations.
Let me wean without nannying.
To build on; not destroy.
Grateful, proud of my heritage.
I just want to be British.
SOD YOU

Would Adam want a recount
Knowing how his rib turned out?
Women and men, to be free,
Cannot rest under the same tree

YOU WIN - YOU GLUTTON TO PROFIT

YOU LOSE - YOU TORTURE TO RECOUP


Written as a thought on Richard Brautigan's short story:-

'It's very hard to live in a studio apartment in San Jose with a man who's learning to play the violin.' That's what she told the police when she handed them the empty revolver.

All night through, till dawning.

In vain. All San Jose city

Made aware the massacre

Of a mogi without pedigree

By man beyond aspiration.

I fired. Missed and hit cat.

Meow. The end of that!

FOR THE WRONG REASONS!